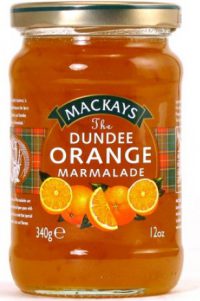 Last Sunday, Graeme Wylie took us through the last of our studies on Easter seen through the eyes of some of the individuals who were witnesses to the crucifixion and resurrection of Jesus. We saw how Saul of Tarsus’s life was turned completely around and how he spent the rest of his life sharing what he had discovered about Jesus, salvation, forgiveness and being made right with God

The question arises now: “What next?”

Initially, I was asking myself and the other members of the Leadership Team that question this week in relation to our Sunday preaches, “What shall we preach about next?” But it applies also to Jesus’ followers back in the 1st century: after they’d witnessed the resurrection and talked with the risen Jesus, what happened to them next? In fact it’s a question that never really goes away. Once someone makes that initial step of faith in Jesus; once they receive forgiveness; once the Holy Spirit has entered into their hearts; what happens next?

The answer to the question divides into two categories.

One set of answers is concerned with the path that an individual’s life will follow – in “practical” terms, if you like. Where literally will someone go, for instance? We’ve seen that Paul went around what we now call Turkey, Greece and Italy, preaching the Good News primarily to non-Jews. John, too, travelled a fair bit in the Roman Empire, but then spent his later years in Ephesus and finally, we think, exiled for his faith on the prison island of Patmos. Thomas very likely ended up planting churches in India, at least according to strong church tradition.

There’s the question of what jobs people might choose (or remain in, or leave). Many of the first disciples were fishermen – but they mostly left that occupation so that they could travel and devote themselves to full-time service for God. Others stayed in their occupations: we hear of Simon the tanner, Aquila & Priscilla the tentmakers (and Paul who did it part-time to finance his Christian service), Lydia who was a dyer of purple cloth etc etc.

By and large, we find that God’s plans for people are “bespoke”: individually tailored. We don’t become Christians and get given an off-the-peg plan for the rest of our life that will be identical to lots of other people’s. I know women hate turning up at places wearing an identical dress to someone else. There’s not much chance of that in God’s Kingdom!

There is one thing that all our tailor-made plans have in common, though. Jesus explains it twice to the disciples, just so there’s no confusion:

‘All authority in heaven and on earth has been given to me. 19 Therefore go and make disciples of all nations, baptising them in the name of the Father and of the Son and of the Holy Spirit, 20 and teaching them to obey everything I have commanded you. And surely I am with you always, to the very end of the age.’ (Matt 28.18-20)

And then the second time he says,

You will receive power when the Holy Spirit comes on you; and you will be my witnesses in Jerusalem, and in all Judea and Samaria, and to the ends of the earth.’ (Acts 1.8)

All those who follow Jesus have this as part of God’s plan for them – we are to pass on to others what we have come to know and help them to become disciples of Jesus, too. And, generally speaking, God expects some degree of mobility from us. You know how, in the job market, there are nearly always as many vacancies as there are potential workers. Often the problem is that the workers are not ready, able or willing to move to where there is work for them to do. Virtually all of us here in Riverchurch have already shown some mobility else we wouldn’t be here. You might get some brownie points for that – but are you willing to move again if God wants you to?

There is also the question of the power that Jesus promises we will receive as we are filled with the Spirit – power to carry out the mission. Power, as we see when we read on further in Acts, which operates through spiritual gifts of God-given abilities.

The second set of answers is concerned with the path that the Christian’s life will follow, too – but in what we might call the “qualitative” sense. The physical direction of the lives of the people we’ve already mentioned was obviously important, both for themselves and for those they went on to share the Good News with. But more important was the direction their own characters, their personalities, took. Here’s what Paul says in Philipians:

But whatever were gains to me I now consider loss for the sake of Christ. 8 What is more, I consider everything a loss because of the surpassing worth of knowing Christ Jesus my Lord, for whose sake I have lost all things. I consider them garbage, that I may gain Christ 9 and be found in him, not having a righteousness of my own that comes from the law, but that which is through faith in Christ – the righteousness that comes from God on the basis of faith. 10 I want to know Christ – yes, to know the power of his resurrection and participation in his sufferings, becoming like him in his death, 11 and so, somehow, attaining to the resurrection from the dead. 12 Not that I have already obtained all this, or have already arrived at my goal, but I press on to take hold of that for which Christ Jesus took hold of me. 13 Brothers and sisters, I do not consider myself yet to have taken hold of it. But one thing I do: forgetting what is behind and straining towards what is ahead, 14 I press on towards the goal to win the prize for which God has called me heavenwards in Christ Jesus. (Phil 3.7-14)

The things Paul has been talking about that he now counts as loss were his position and reputation as a good Jewish Pharisee – circumcised, taught by the best, a paid-up member of the religious establishment. What he wants instead, and encourages all believers to want, is to get to know and be like Jesus more and more. And that is, I believe, what happens next, or should do, for each of us. It’s what we find the rest of the New Testament talking about once Jesus has gone back to heaven. The book of Acts relates what the early disciples did and where they went. The Epistles, the letters, are all about Christian character – becoming like Jesus, not resting on our salvation but pushing forward.

How do we do that? Can we measure it? Can we see how close we’re getting to the prize that God has waiting for us?

We have an orange tree in our courtyard. It’s a Seville orange tree – the kind you use to make lovely marmalade. But it got attacked by a pest. The leaves curled and started to die and you could see the white eggs of a nasty little parasitic insect spreading all over it. We treated it and treated it, and in the end we cut all the dead and dying branches off, right back to the trunk. And then new shoots began to grow. So we knew that new life had come. What we wanted, of course, was oranges. Only when the tree began to produce flowers did we have any real proof that it had been reborn. This year there were lots of flowers and they have begun to turn into small, green oranges that will grow and ripen and produce the fruit the tree was created for. Fruit that in this case will bring joy to the gardener’s heart after harvest -time as I can once again spread it chunky marmalade on my hot buttered toast. And if it produces enough, I’ll be able to share that joy with you (so long as you like marmalade, of course!)

When Jesus talked about this he used a fig tree image rather than an orange tree:

‘A man had a fig-tree growing in his vineyard, and he went to look for fruit on it but did not find any. 7 So he said to the man who took care of the vineyard, “For three years now I’ve been coming to look for fruit on this fig-tree and haven’t found any. Cut it down! Why should it use up the soil?” 8 ‘“Sir,” the man replied, “Leave it alone for one more year, and I’ll dig round it and fertilise it. 9 If it bears fruit next year, fine! If not, then cut it down.”’ (Luke 13.6-9)

God is looking to us to produce fruit. Not oranges or figs – not even grapes, although pruning vines to encourage them to be fruitful is another Biblical illustration – but something else. It’s as if God planned for all people to be like Jesus (“made in his image”). We are to display his character, act like him, talk like him, think like him. And it’s only when fallen, sinful humans come back to God, are reborn and receive the Holy Spirit, that we are able to begin to do so. In Philippians 3 that we read, Paul says he wants to be like Jesus in his death and to attain, finally, to the resurrection of the dead. In other words to become totally like Jesus – his life poured out to God as a living sacrifice, and then transformed ultimately into a new, eternal, gloried, child of God.

The prize:  “for which God has called me heavenwards in Christ Jesus” (v14)

is also “that for which Christ Jesus took hold of me” (v12) – that loving, united relationship with God the Father, forever, where he is.

The question that remains, therefore, is “What does this fruit represent? What does it look like? Being like Jesus, yes, but what does that actually mean, in concrete terms?”

Fortunately, it is spelt out to us in very simple terms in Galatians 5.22-23:

To The question “What next?” there are two different and complementary answers.

The first is that God wants us to continue with the mission that Jesus has given to all believers – to make disciples of all the nations of the earth, starting in the place we are where we come to faith and working outwards. God has a general plan that we are all part of, and also a tailor-made plan for each individual. And he equips us to carry out our part.

The second answer is that we are to produce fruit in our own lives – character traits that reveal us to be children of God, becoming more and more like Jesus until one day we will finish our race and gain the ultimate prize: being with Him in his glorious presence – ourselves glorified, as we are revealed to have become like him.

Your mission this week, should you choose to accept it, is to reflect on your character as it stands, and to ask the Holy Spirit to identify to you the aspect of his fruit that needs most to grow.

Over the next few weeks, we’re going to look at each aspect of the fruit in turn and at how God equips us for the mission he’s given us.