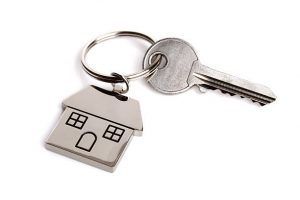 I was flicking through a resources booklet that came with the Christmas publicity materials that we’d got from CPO (the Christian Publicity Organisation, based in Worthing), and I was struck by the title of one of the books listed: “The Gospel comes with a house key”, by a writer called Rosaria Butterfield.

The initial blurb says, “In a lonely, fragmented world, one of the most radical ways we can show people Jesus’ love for them is to ask them round for a cup of tea or a meal. The practice of welcoming those we know, even know well, into our homes, is becoming increasingly rare and, as Rosaria Butterfield has found, now has a radical impact. This book will open your eyes to the close relationship between hospitality and mission.”

Intrigued, I went online to read a bit more about the book and the author – I ended up subscribing to the digital edition of Christianity Today, in the process! The book is subtitled: ‘Practising Radically Ordinary Hospitality in Our Post Christian World’.

In an interview about the book, the author talks about gospel-minded hospitality that’s focused not on teacups and doilies, but on mission evangelism.

“First of all, it is not entertainment. Hospitality is about meeting the stranger and welcoming that stranger to become a neighbour—and then knowing that neighbour well enough that, if by God’s power he allows for this, that neighbour becomes part of the family of God through repentance and belief. It has absolutely nothing to do with entertainment… I wouldn’t know what to do with a doily if you gave it to me. I would probably wipe up cat mess with a doily.

From what I read in a subsequent article about the author, she has a very interesting story to tell, elsewhere, about her journey to faith – from being a Christian-hating, lesbian, feminist, LGBGT activist, university professor, to becoming a Christian, a pastor’s wife and a mother. But it was through radical, Gospel-minded hospitality (and then through reading the bible “like a glutton eats food”) that she was came to faith.

Today, we are only going to dip a toe in the water. We are going to have a quick look at what the Bible says about hospitality.

A quick search of the word ‘hospitality’ in the bible brought up seven references, most of which will be familiar to many of us.

The first passage, interestingly, says more to us about how we should respond when people offer us hospitality, than about the way we should offer it to others. It’s when Paul was shipwrecked on the island of Malta:

There was an estate nearby that belonged to Publius, the chief official of the island. He welcomed us to his home and showed us generous hospitality for three days. 8 His father was ill in bed, suffering from fever and dysentery. Paul went in to see him and, after prayer, placed his hands on him and healed him. 9 When this had happened, the rest of those on the island who were ill came and were cured. 10 They honoured us in many ways; and when we were ready to sail, they furnished us with the supplies we needed.

First lesson: don’t be reluctant to accept hospitality. If someone invites you, particularly someone who isn’t yet a believer, accept gladly.

Second lesson: If your host makes known to you a situation of need, don’t be hesitant: act. Pray, lay on hands, whatever…expect miracles! And be ready to keep going if further opportunities then present themselves as a result. Paul didn’t plan what happened in Malta, it “just happened”. Incidentally, although this passage doesn’t explicitly say so, the church in Malta traces its history back to Paul’s shipwreck and what happened at the house of Publius.

The second passage, in Romans 12, links hospitality to love:

Love must be sincere. [and then there follows a list of things that follow if we are sincere in putting love into action] Hate what is evil; cling to what is good. 10 Be devoted to one another in love. Honour one another above yourselves. 11 Never be lacking in zeal, but keep your spiritual fervour, serving the Lord. 12 Be joyful in hope, patient in affliction, faithful in prayer. 13 Share with the Lord’s people who are in need. Practise hospitality.

The lesson here is that Gospel hospitality is a demonstration of God’s love through us. It is not entertainment, then, nor a polite social etiquette: “You’ve invited me, so now I’m inviting you in return”. It is inviting people to come into our home to share it with us for a time – however long or short – and making them feel at home there. Meeting whatever needs we can while they’re with us.

The third passage is no more than one verse at the end of the book of Romans, which Paul wrote while he was in Corinth:

Gaius, whose hospitality I and the whole church here enjoy, sends you his greetings.

It would appear, from a reference at the beginning of Paul’s letter to the church in Corinth, that Gaius was one of only two, with Crispus, that Paul had personally baptised in the church there. Imagine: the embryo church in Corinth probably met in his house – and now the whole world has heard of him.

The fourth reference to hospitality, in 1 Tim 5 uses it as a kind of character reference:

No widow may be put on the list of widows unless she is over sixty, has been faithful to her husband, 10 and is well known for her good deeds, such as bringing up children, showing hospitality, washing the feet of the Lord’s people, helping those in trouble and devoting herself to all kinds of good deeds.

The list in question was the one that identified widows who had no-one to support them (in an age with no retirement pensions and no social security), and whom the church would assist materially or financially.

I think we can understand “washing the feet of the Lord’s people” as being of practical service in the church – in the way that Jesus demonstrated humble servanthood.

But the lesson here about hospitality is that it is what is expected of a believer; it should form part of their good reputation. It’s normal, not an exception for those who have that particular spiritual gift (although, as with many things, there are those whom the Holy Spirit empowers to be really good at it).

The fifth mention of hospitality is in Hebrews 13:

Keep on loving one another as brothers and sisters. 2 Do not forget to show hospitality to strangers, for by so doing some people have shown hospitality to angels without knowing it.

This passage is no doubt a reference to Genesis 18, where the LORD, accompanied by two others meets Abraham to tell him that he and Sarah will have a son in their old age (and also that the Lord is going to destroy Sodom & Gomorrah. All three are initially seen by Abraham as men, although he gradually comes to realise that it is in fact the Lord he is talking to. The others are revealed as revealed as being angels in the next chapter, Gen 19.

The point for us, here, is that unlike in other appearances, the Lord doesn’t come straight up and address Abraham. The three figures, who were in mufti, if you like, [en civil], wait at a distance – until he approaches them and offers them food, drink and a rest in the shade. It is the act of hospitality to someone he doesn’t even know that opens up a way for the Lord to bless Abraham.

I confess that I sometimes fail in the ‘hospitality to strangers’ area. Occasionally, after church, there are visitors that I think we should probably invite back for lunch but don’t. After a fairly intense morning, the thought of the effort of getting to know someone over lunchtime, of missing my afternoon nap, of perhaps having to drive them back to Perpignan later in the afternoon… And yet, I know that such making that effort in the past – or being on the receiving end of it, elsewhere, has been a real and long-lasting blessing.

Preaching to myself, here, aren’t I?!

Offer hospitality to one another without grumbling. 10 Each of you should use whatever gift you have received to serve others, as faithful stewards of God’s grace in its various forms.

The seventh and final mention of hospitality is in John’s 3rd letter:

Dear friend, you are faithful in what you are doing for the brothers and sisters, even though they are strangers to you. 6 They have told the church about your love. Please send them on their way in a manner that honours God. 7 It was for the sake of the Name that they went out, receiving no help from the pagans. 8 We ought therefore to show hospitality to such people so that we may work together for the truth.

Today, as in New Testament times, God sometimes calls people out of their secular jobs and careers and sets them to work full-time for the Gospel. They often fulfil the roles mentioned in Ephesians 4, one of the passages we looked at last week: apostles, prophets, evangelists, pastors and teachers. They are to equip his people for works of service, so that the body of Christ may be built up. I know God does that, still, because he did it with me and Ann. He called us out of good jobs in central London a little over thirty years ago, sent us off, for me particularly, to be trained and then set us to work, as a couple, in full time church ministry; paid only what the local church could afford to pay us and supported additionally by what John, here, calls “hospitality”: financial gifts from Christian brothers and sisters, our prayer supporters in the UK.

This isn’t a personal appeal! God has provided for us and our family since we first left our jobs, back in 1986. There have been times when it has been a bit hand-to-mouth, especially in our first 17 years in France. But we have always had enough – and when we’ve had big expenses, like cars or weddings (!) God has provided in ways we didn’t expect or hope for.

The point, here, is that as members of the body of Christ, we all need to keep on showing hospitality to our fellow-labourers. We should do our part in sending them on their way (i.e. providing for their needs) in a manner that honours God.

That does mean that we need to stay faithful, financially, to Riverchurch, as it grows and as its commitments increase and that we should also be watching out for other fellow-workers that need such support.

We may possibly come back another time to the subject of radical, ordinary hospitality, but for now, let’s ask God to help us ponder and reflect over what we’ve thought about today: