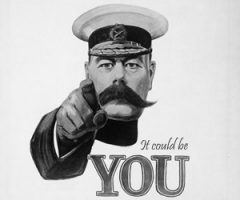 Today we are going to look at one of the gifts of the spirit – the gift of prophecy.

There are lots of mentions of prophecy and prophesying in the Bible. You’re probably aware that there are a number of books in the Old Testament that we refer to as Prophesies, or books written by the Prophets: Isaiah, Daniel, Ezekiel, Amos, Habakkuk… Moses, the great servant of God and leader of Israel is referred to by the Jews as ‘the prophet Moses’. In Islam, Mohammed is called the Prophet.

As you can therefore imagine, the subject of prophecy could be looked at across a very wide spectrum. But we are going to concentrate on the aspect that is relevant to the church and to ourselves: the Holy Spirit’s gift.

Not that we throw out the prophecies of the O.T. or pay no attention to what we can learn from them. Not at all. It’s simply that this morning we are limiting ourselves to this one (important) aspect.

Let me remind you of how Peter explained to the crowd on the day of Pentecost what was going on as the group of believers flowed out into the street from the place where the Holy Spirit has fallen on them. He quotes what the prophet Joel wrote in his O.T. book:

In thinking about what biblical prophecy is, I think there’s a very useful phrase that Ezekiel uses several times to precede his prophecies:

That is the foundation stone of the gift of prophecy: God gives us His words to speak out into a situation. The apostle Peter picks up the same theme in his second letter:

For prophecy never had its origin in the human will, but prophets, though human, spoke from God as they were carried along by the Holy Spirit. (2 Peter 1.21)

Now, one of the tenets of protestant Christianity is that what we know, understand and believe about God is to be found solely in the Bible – that the Bible is God’s revealed Word to us. This is even more so for the Evangelical movement, which strongly resists adding anything to church practice which is not found in the scriptures (or of omitting anything that we do find there).

A key verse here is:

All Scripture is God-breathed and is useful for teaching, rebuking, correcting and training in righteousness, so that the servant of God may be thoroughly equipped for every good work. (2 Tim 3.16-17)

So, where does prophecy fit? Aren’t the words spoken in prophecy adding to what we already find in the Bible?

That, I believe is a major key to discerning whether something is from God or not; whether the words are Holy Spirit inspired, or whether they are just something from the speaker’s own imagination. A true prophetic message will always be in agreement with the Bible. If the Holy Spirit gives someone the gift of prophecy, it is not a licence to spout whatever words come into their head. It’s more like they become like a carafe – and the Spirit is able to pour words into them which they in their turn pour into other people’s cups.

Prophecy, therefore, is applying God’s already-revealed word to a particular, current situation. The prophet puts his finger on something, if you like, that God wants to point out and emphasise.

A word was brought one Sunday morning at Riverchurch about there being the shadow of the cross stretching out from the top of the Albères across the whole Roussillon plain and that Good News of Jesus was going to spread over the whole area bringing many, many people into the Kingdom of God. Now, there is no mention in the Bible of the Albères, Roussillon or even of the shadow of the cross. However, the scriptures do clearly tell us that we are to go into all the world and make disciples; we know that the Good News of Jesus, sets people free from the power of Satan and brings them into God’s Kingdom – and read in Acts 5.15 that Peter, for instance, was so filled with the Holy Spirit that the sick were brought out to lie in the streets so that they might be healed simply by the passing of his shadow over them! So, we are able to see that this word does in fact apply Biblical principles to a particular local setting.

Similarly, when a word was brought about streams of water running down from the hills and valleys in the region and joining together to form a powerful river that would bring spiritual life to Roussillon – and that this was referring to Riverchurch – we remember that Jesus himself quoted Ezekiel’s prophecy (Ezek 47) about a river running from the altar, becoming deeper and wider and bringing life to everything along its banks. Jesus said it was a spiritual river.

And so we can understand how God might be applying these words to our situation: out of our praise & worship and general spirit-filled church life, a spiritual river is going to spread across the plain and bring new life to its inhabitants.

Of course, just because something reflects and applies God’s written word, that doesn’t necessarily mean it’s a true and valid prophecy. There are other factors to consider.

How do we recognise when a word or message that someone shares is genuinely prophetic?

There are a few measures we can use to check it out:

And, of course, the proof of the pudding is in the eating! Here’s what Deuteronomy has to say about it:

You may say to yourselves, “How can we know when a message has not been spoken by the Lord?” If what a prophet proclaims in the name of the Lord does not take place or come true, that is a message the Lord has not spoken. That prophet has spoken presumptuously, so do not be alarmed. (Deut 18.21-22)

This doesn’t mean to say that only mature church members with a proven record of genuine prophetic words can share a word they believe they’ve received from God. It just means that if someone has previously brought a word that has fulfilled the criteria, then more weight can be given straight away to what they say.

Another check as to whether a would-be prophetic word is genuine is to try to see what it says to us about Jesus.

The angel said to me, “Write this: Blessed are those who are invited to the wedding supper of the Lamb!” And he added, “These are the true words of God.” At this I fell at his feet to worship him. But he said to me, “Don’t do that! I am a fellow servant with you and with your brothers and sisters who hold to the testimony of Jesus. Worship God! For it is the Spirit of prophecy who bears testimony to Jesus.” (Rev 19.9-10)

So, why does God give people the gift of prophecy?

Well, Paul says in 1 Cor 14.3 that, whereas someone speaking in tongues is speaking to God – no-one else understands them – someone who prophesies “speaks to people for their strengthening, encouraging and comfort.”

Prophecy, therefore, is for building people up in their faith and in their walk with the Lord. And because of that, Paul says (two verses earlier) that we should eagerly desire the gifts of the Spirit – especially prophecy. Building one another up, encouraging people in the faith is an important part of what church is about. It’s part of making disciples.

And finally, who might receive the gift of prophecy?

It could be you!

In Christ we, though many, form one body, and each member belongs to all the others. 6 We have different gifts, according to the grace given to each of us. If your gift is prophesying, then prophesy in accordance with your faith; 7 if it is serving, then serve; if it is teaching, then teach. (Rom 12.5-7)

Jesus says the Holy Spirit will equip us to carry out the mission that he has given to the church: to spread the Good News and to make disciples. The gifts of the Spirit are that equipping. God gives each of us the gifts and abilities that we are going to need.  So if God gives you a gift – whether it is prophecy, serving, teaching or any of the others – then you should use it, exercise it.