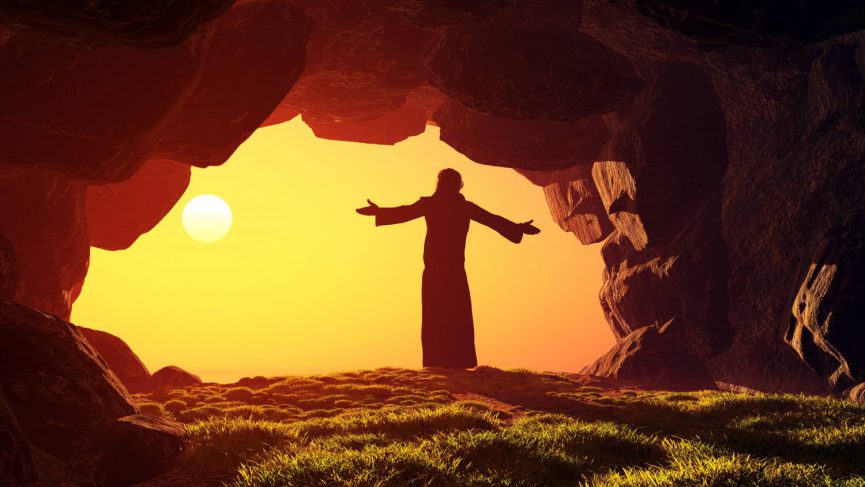 The resurrection of Jesus Christ – Jesus the Messiah – Jesus the Son of God – transformed our world – and transformed it for the better. There can be no doubt about that, no matter what atheists and agnostics, humanists, politicians, or anyone else in today’s so-called modern, secular society may try to maintain.

After the Easter events, unshakeable belief in the risen Jesus and the miraculous transforming power of faith in Him swept through the known world. And it did so by peaceful means. The only violence involved in the spread of Christianity was that directed against it.

Throughout the centuries, followers of Jesus have been persecuted by those who refuse to believe in Jesus; by those who are afraid that by acknowledging that God exists, that Jesus is in fact God, their own power and position will be diminished and that that will not be “a good thing”. So they imprison and torture those who do believe. It isn’t enough for them not to believe for themselves; they insist that no-one should believe.

How has Jesus’ resurrection transformed the world? By transforming the lives of individuals – and by introducing the very concept that lives can, and should, be transformed for the better. I’m not sure to what extent we realise that this is originally an exclusively Christian concept. All the world’s beliefs have a vast chasm between their followers and their gods, and are all about the individual pleasing those gods and perhaps getting a reward at the end of their life if they have been good enough.

It is people whose lives have been transformed by Jesus that have gone around healing people, building hospitals, setting slaves free, providing free schooling for all, introducing democracy and social welfare… Of course, there are people who don’t follow Jesus who have become involved in all these things – but the world view that promotes these ideals and gives dignity and worth to individual humans is fundamentally a Christian one.

So when we ask, “How did Jesus see Easter?” I believe all of that is important. All the other characters through whom we have looked at Easter had a restricted, imperfect view. They couldn’t hope to see the massive implications for the world – not even Mary, Jesus’ mother, who had had such powerful revelations of Jesus’ importance.

In his prayer in Gethsemane (John 17), Jesus prayed that the whole world would believe that he was sent from God, so that all people would know that God loves them even as he loves Jesus.

On the third day, Jesus rose from the dead. That’s what we’re celebrating this morning. We’ve already seen the resurrection through the eyes of Mary, his mother; Mary Magdalene; John, the disciple; and over the next three weeks we’ll be looking at it from the perspectives of Peter, Thomas and Paul. Today, we’ll try to understand something of how Jesus saw it.

Jesus appeared to three sets of people on that first day: to Mary Magdalene; to two disciples walking on the road to Emmaus – and those they were going to meet there; and to a larger group of disciples back in Jerusalem. What does he says to them, and how does he say it?

‘Woman, why are you crying? Who is it you are looking for?’

Thinking he was the gardener, she said, ‘Sir, if you have carried him away, tell me where you have put him, and I will get him.’

She turned towards him and cried out in Aramaic, ‘Rabboni!’ (which means ‘Teacher’).

17 Jesus said, ‘Do not hold on to me, for I have not yet ascended to the Father. Go instead to my brothers and tell them, “I am ascending to my Father and your Father, to my God and your God.”’ 18 Mary Magdalene went to the disciples with the news: ‘I have seen the Lord!’ And she told them that he had said these things to her. (Luke 20.15-18)

I’m sure Jesus knew exactly why Mary was crying, and who she was looking for! Why didn’t she recognise him? Well, it was still dark, and she’d probably lost her night vision owing to the brightness of the two angels she’s just seen inside the tomb – and also, she wasn’t expecting to see Jesus. I’m not sure whether Jesus was almost teasing Mary, or whether he just didn’t want to give her such a shock that she fainted! However, the gentleness with which he must have said her name so that she recognised his voice is really lovely. Here is Jesus, the victorious conqueror of death, the Saviour of the universe, God himself, and the first person he meets to, he speaks her name and, presumable, lets her hug him.

The passage is too long to read, but two disciples, one of them called Cleopas, were walking 7 miles from Jerusalem to Emmaus. They didn’t really know what to think about what people were saying: that Jesus had risen from the dead. And then Jesus, also walking, catches them up. Like Mary, they don’t recognise him, although this time, Luke tells us, God deliberately keeps them from doing so. Why? Maybe so that Jesus can teach them something rather than it being lost in a swirl of excitement.

Jesus shows them how what has happened is what the scriptures (the Old Testament) had always said would happen; people simply hadn’t understood; hadn’t wanted to see it. And then, as he performs a familiar act – tearing bread up to share (which they seen him do lots of times before – and maybe they saw the scars? – they realised who he was. And he disappeared.

Jesus wants us to understand intellectually & objectively (from the Bible) as well as emotionally and subjectively (from our experience) that he is alive, risen from the dead.

Cleopas and his friend are so excited, that they rush back 7 miles to Jerusalem (that’s like doing a half marathon – 14 miles on foot!) There, with the 11 disciples and their companions, they burst out with their news that they’ve seen Jesus. And then suddenly Jesus is in the room with them all.

They can hardly dare believe it; they’re scared half witless and think they must be seeing a ghost. But Jesus calms them down and makes it all very normal and simple: Look it’s really me. See the nail prints. And if you want proof that I’m real, give me a bit of that fish you’re eating – ghosts don’t eat!

Jesus sees the resurrection as a very down-to-earth phenomenon.

It’s not some mystic, airy-fairy maybe it happened, maybe it didn’t; maybe we need to understand it as a spiritual, rather than a physical, event. Jesus shows everyone that the resurrection is real; it’s concrete. And the Bible will go on to tell us that it is the first of many – we too will be raised to a resurrection life after our bodies die (or are killed), just like that of Jesus.

I’m trusting Jesus with my life and looking forward to meeting him, hearing him speak my name, letting me hug him and then celebrating with him forever. Are you?